My Astons My new Aston: a V12 Vanquish S!

The V12 Vanquish has always been one of my favorite Astons, a timeless classic.
It was inevitable that sooner or later I would own one, just a matter of the right car becoming available on the market. And this week, it did! My dealer told me about this beautiful 2006 V12 Vanquish S being for sale. So I visited the showroom, checked the car out, went for a test drive… and bought it the same day! 🙂

The V12 Vanquish S was introduced in 2004, as the 520 bhp upgrade of the V12 Vanquish. It has a top speed of 200 mph (320 km/h), which strangely enough was not reached by its’ follow-up, the DBS or even the new Vanquish. It’s only recently that Aston Martin broke the 200 mph barrier again with a production car, the V12 Vantage S. Just over 1,000 examples of the V12 Vanquish S have been built before production stopped in 2007 and it was the last car that was built at the Newport Pagnell facility.

I absolutely love the look of this car. It’s elegant and stylish, especially in Tungsten Silver, but at the same time brutal and menacing. The interior is quite nice too, for a car this age, and has several cool elements never again seen on an Aston Martin, like the beautiful polished arm-rests in the doors with “ASTON MARTIN” lettering, that continue into the design of the speakers: 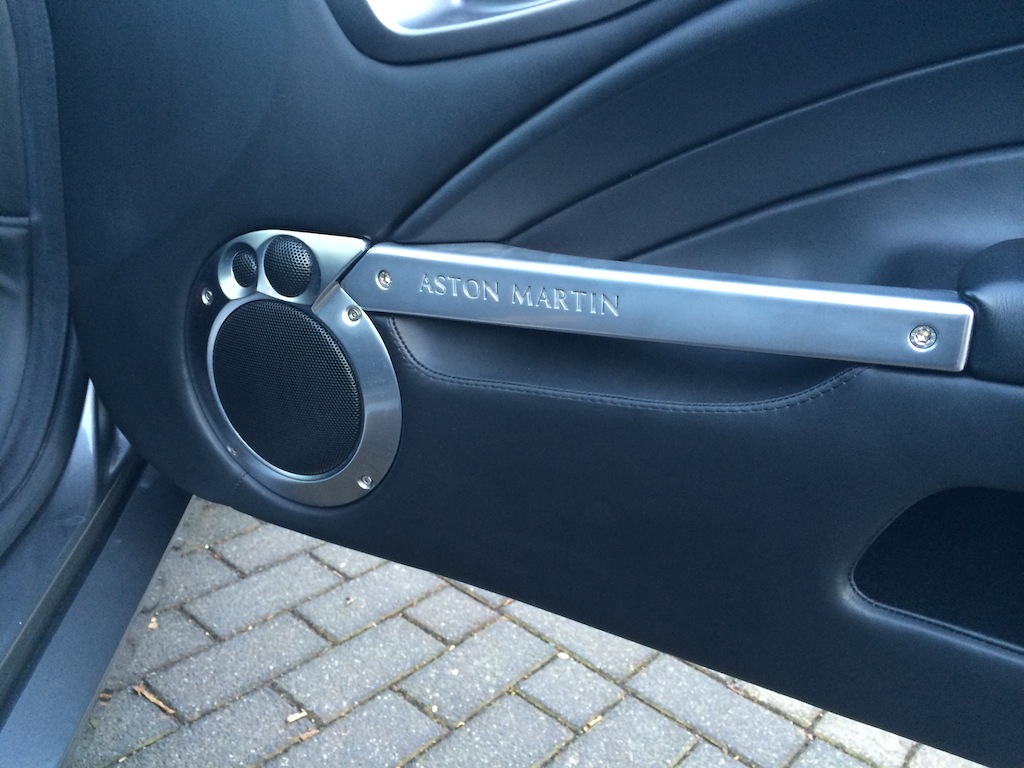 This particular V12 Vanquish S was originally delivered in California USA, in February 2006, at the Hollywood Aston dealer, to some guy called Denzel Washington. The car came with the above document, supposedly proving that this car indeed belonged to THE Denzel Washtington, but other than this piece of paper, I have not been able to find any evidence or pictures of Denzel owning or driving this car. Found some pics of him and a DBS, but not with this V12 Vanquish S. If anyone knows more about Denzel Washington and this Vanquish, or has pictures of him together with this car, please let me know!

In 2012 this car was imported into the Netherlands by its’ previous owner. But to my surprise (and delight!) neither Denzel of the previous owner have been driving it much. When I went for my test drive last Tuesday, it still had only 3,900 miles on the counter. That’s after almost eight years! The low mileage shows everywhere, the car looks like it never left the showroom. The paint is perfect, the wheels are still clean on the inside, under the bonnet it looks like it has never been driven at all. Anyway, I took no time at all making the buying decision and immediately signed for the purchase. And the big advantage of buying pre-owned: I can pick it up this Friday!