GTspirit gets to test a V12 Vantage Carbon Edition

Yes, you read that right. GTspirit tested the V12 Vantage.
Wait, what? Do I mean the V12 Vantage Roadster maybe? Nope, the regular coupe version, that’s been around for over 3 years now. Judging from the text, it sounds like they just got to drive a V12 Vantage, while reviewing the 2012 facelift of the V8 Vantage. Oh well, their article does provide some good insights into the difference between the V8 and V12 versions of the Vantage. Next to that, looking at their photos it looks like they got to drive a very special V12 Vantage, an ultra-rare Carbon Edition.

Like its brother the V8 Vantage, the V12 is quite similar but has been engineered to become an almost totally different machine.

The V12 tells a more mature story line within its handling and steering, especially at higher speeds. The chassis is firmer, the spring rates and anti-roll bars stiffened, the rear suspension adjusted and the ride height dropped.

I fully agree with the above. People often ask me: is the V12 Vantage really worth the extra money, considering it only offers 90 bhp more? And time and time again I tell em: yes, definitely worth it, as it’s a completely different car. The suspension, the steering, but most importantly the awesome power and torque, even at low RPM. On curving, swooping mountain roads the heavy mid-front engine comes into play and the car feels less at home then the V8. The sharp and short turns near the Ring were clearly a challenge for the V12 because of its long gear lever travel and its heavier engine. Not your everyday driver for local twisting mountain roads or city trips, but a wonderful high-speed cruiser for sloping country roads and unlimited autobahn.

True, on curvy roads one does feel the heavy engine in the front. Especially after driving the V8 Vantage for a while (which they clearly did). And yes, the balance of the V8 Vantage is better, giving one more confidence while doing mountain roads at speed.
But I must say that, after doing 18 thousand miles in my own V12 Vantage, I completely got used to the different feel of the car and I now love driving this car on twisting roads.
This certainly isn’t an autobahn cruiser. In fact, nothing could be further from the truth. For long or high speed autobahn trips, I’d rather take any other Aston.

It doesn’t seem like GTspirit realized how special their specific review car was, as nothing in the article refers to it. But their photos clearly show that their red V12 Vantage was a very rare Carbon Edition.
This car has all the extras that will also feature on the upcoming V12 Vantage Roadster. The black grill, the mirror caps, side straks and rear light inlays all in carbon fibre, plus the matt black exhaust tail pipes. 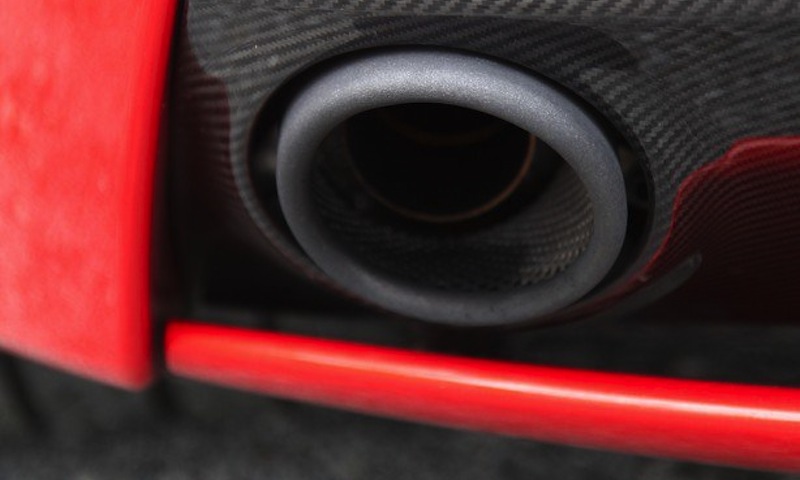 And in the interior we see more carbon bits: the centre stack facia, the gearshift surround and the special “Carbon” sill plaque. Nice! Okay, now I am even more tempted to completely de-chrome my own red V12 Vantage 🙂